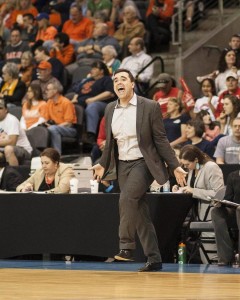 Jon Lewis became the head coach at MNU prior to the 2011-12 season and has transformed the Pioneers into a nationally ranked powerhouse. In just five years at the helm, Lewis has twice been Heart of America Coach of the Year and has won three Heart of America Conference championships, four Heart conference tournament championships with five national tournament appearances. This past season the Pioneers were 2016 NAIA National Champions and Lewis was named 2016 NAIA National Coach of the Year. In the previous two seasons his teams reached the Sweet 16. In five years at MNU, his record is 142-28 overall, 94-10 in the Heart of America Athletic Conference.

Prior to being named head coach, Lewis spent five seasons at MNU as the lead assistant coach and recruiting coordinator for Bill Olin and Karen Lange. Under their tutelage, Jon proved to be a dynamic recruiter and student of the game. In addition to working with the Pioneers, Lewis has been instrumental in developing many NCAA DI, DII, and NAIA student-athletics while co-founding the Hoops Factory program. Most recently he has helped build one of the Midwest top girls club basketball programs, Eclipse, an elite non-for-profit AAU program with over 25 teams. While traveling across the country coaching summer teams, Lewis has been able to evaluate and recruit some of the nation’s best prospects. 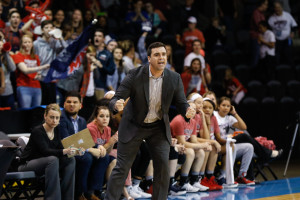 Jon graduated from MNU in 2006 with a Bachelor of Arts degree in Physical Education. During his coaching tenure at MNU, he has also completed a Master’s Degree in Special Education. Throughout Jon’s early coaching years he worked as a high school teacher. He taught special education, and also developed and implemented Gardner-Edgerton School District’s first ever at-risk program called New Directions.

Jon is married to Brandi, a former MNU Pioneer basketball player. She currently works as a charge nurse in the labor and delivery department at Overland Park Regional Hospital. Jon and Brandi have two children Tegan (3), Tatum (1) and live in Olathe. 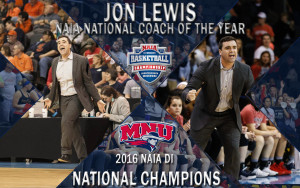